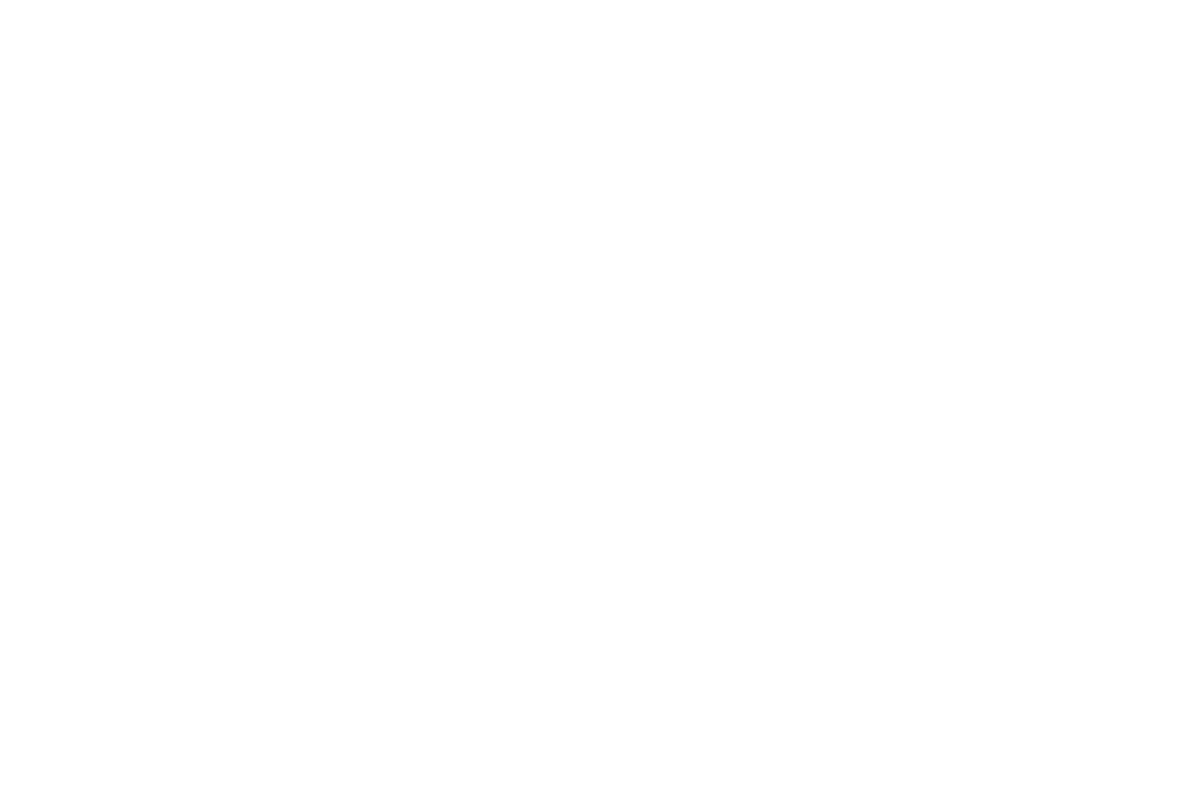 …the same “secret” used by SAPA to get a 38% increase in turnover over the last year!

That evening I was coming back from work after a long, hard day. I felt like I had done my duty and I had been productive, but I was also feeling quite tired.

… I would have never imagined that in a short while a piece of news would get me back on my feet, in a matter of seconds!

A dark and starless night was seeing me home, I confess that my feet could barely press the gas pedal and the muscles of my arms were tense while I moved them towards the gearshift.

However, my mind was still on.

I parked the car in the usual spot and walked to the entrance.

It was late in the evening, and a deafening silence was whispering into my ears seductively: just crawl to bed, prepare for the night, and sleep.

Nevertheless, I drove away that thought for a while.

I had a routine to follow: every night I try to catch up with the news of the day, helped by my trusted laptop.

The white screen was there, waiting for me. So was the keyboard, used to the rhythm of my fingers, touching it, that day, at such an unusual time.

I typed “news” into Google (Yes, I know, I was tired and had no wish to strain my brain).

I skimmed the page with the news of the day. My eyes set, almost as if they were called by an irresistible force, towards the picture of a Formula 1 car.

I couldn’t believe that.

I closed my eyes shortly, and then I slowly opened them back with emotion, when I read…

“Alfa Romeo unveils C37, the return of the “Biscione” in Formula 1“ 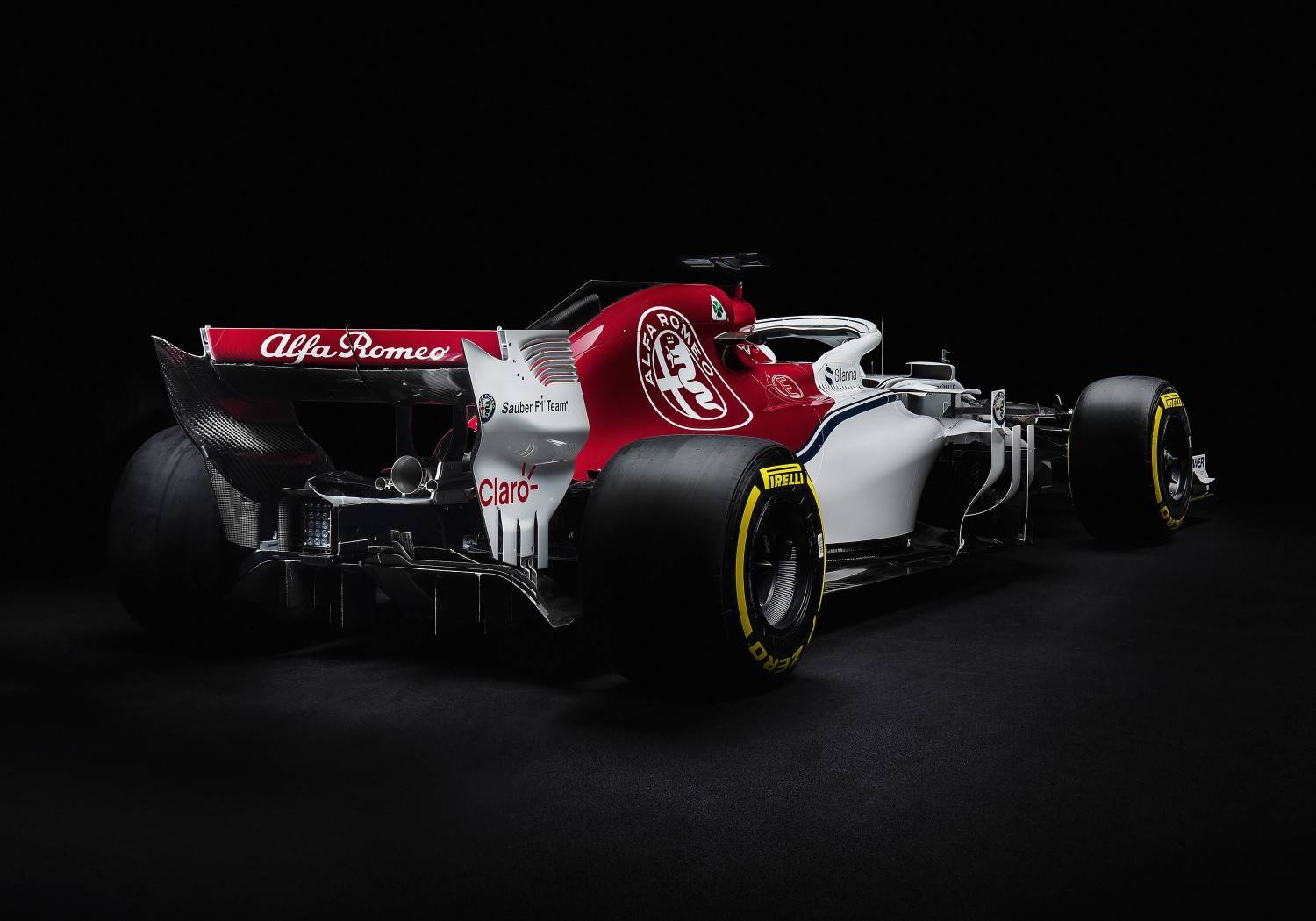 The new F1 by Alfa Romeo

Now, pardon me if I appear to be a little emotional, but trust me, that evening, after reading the name “Alfa Romeo” next to the words “Formula 1” I got my energy back. I could feel it from my feet to my stomach. It was all so exciting.

Alfa Romeo is one of the brands that we are honoured to provide with our most innovative patents, like the One-Shot™ Engine Beauty Cover. It was also fascinating to see such an important Italian brand, with his “legendary” history and all obstacles the company had to overcome, returning to Formula 1…

If, like me, you’re a bit of a patriot, and a little nostalgic, you probably know what I mean.

I didn’t stop there.

I took my eyes away from the screen for a few seconds, and got back to my reading shortly after.

The article I started to read recounted the history – a summary of it, obviously – of the brand Alfa Romeo.

Are you wondering what made this possible? Keep reading. It’s a secret that many still underestimate.

I will tell you how, using this secret, SAPA was able to go faster over the last few years and get ever more satisfied customers.

The company was founded in 1910 and back then used to be called just ALFA, the name ROMEO was added some years later. 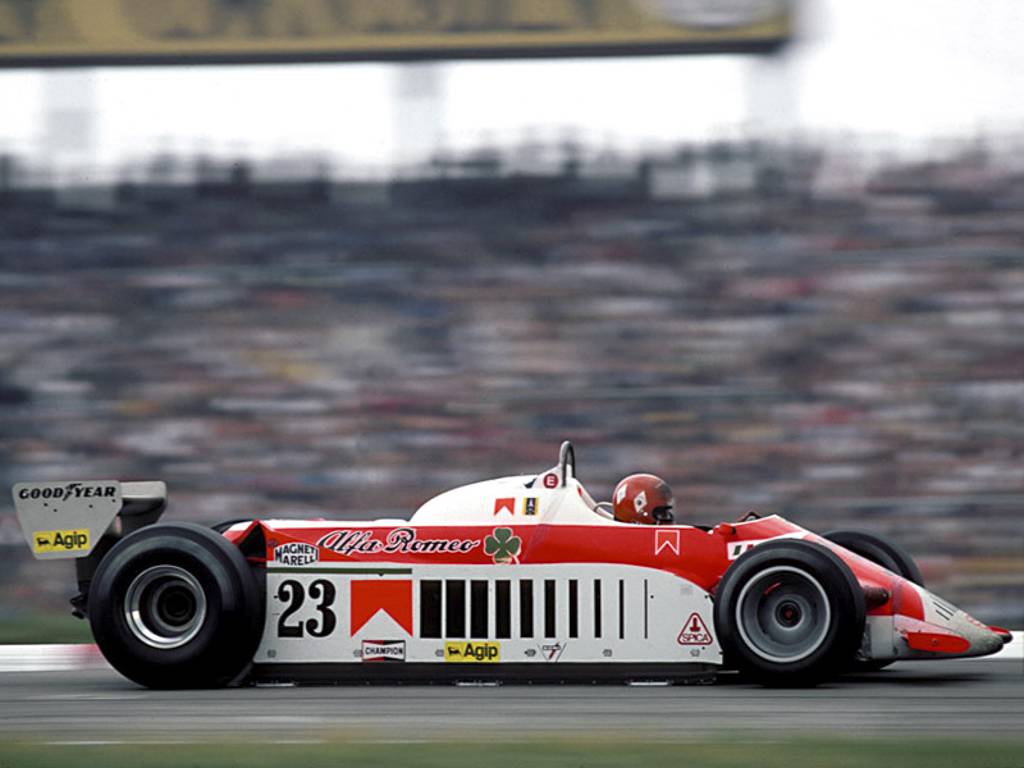 The company made sport cars in the beginning, but for various reasons they started making larger vehicles as well, like trucks and buses, along with engines for airplanes and submarines.

It’s with sport cars that the company will imprint his brand among the legends.

“The first department at Alfa Romeo to be dedicated exclusively to racing was Alfa Corse, founded in 1938. This department dealt with design, production and maintenance of the racing cars, and was initially managed by Enzo Ferrari.

In 1963, Giuseppe Luraghi and Carlo Chiti founded Auto Delta, which became the racing section of the “Casa del Biscione” (Italian for “House of the Big Grass Snake”).

This external department was created to provide Alfa Romeo with a slender, independent structure that could relieve the parent company from the load of work connected to the competitions. In 1966 Alfa Romeo acquired Autodelta, which officially became the company’s new racing section, replacing the internal one.

During the 50’s, thanks to an excellent performance by Nino Farina, Alfa Romeo conquered a Formula 1 first prize, along with important trophies in other European and international races 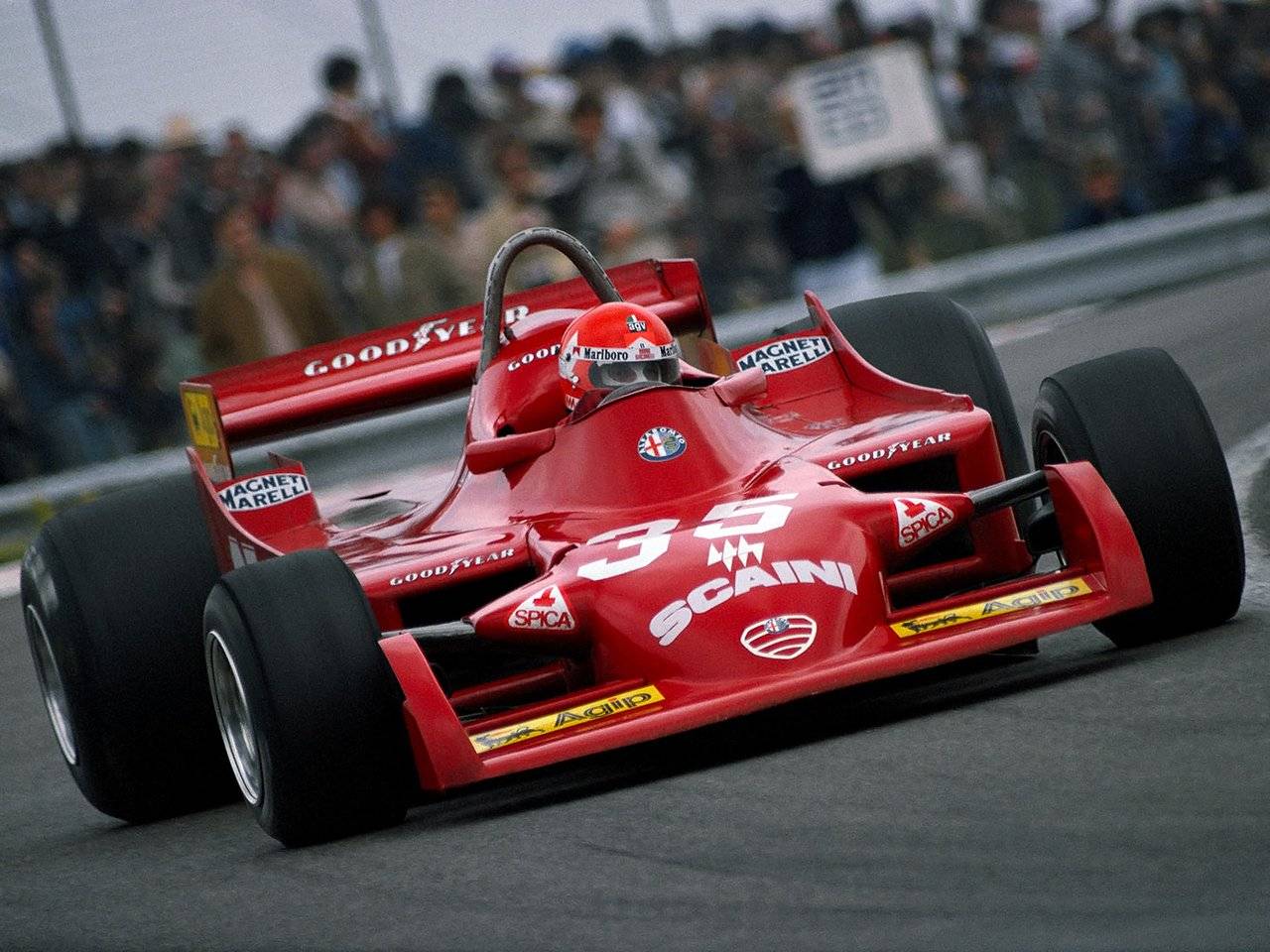 How could a company, who went through the tragedy of war, equip itself to win important races such as Formula 1 and other European championships, while having less capital than the others did?

Using an innovative trick that no one had thought about before:

—> Alfa Romeo builds an external department, which exclusively specializes on just a few car parts production, investing a good amount of the revenue in R&D and ensuring the car has state of the art components in comparison to the competition.

Over the following years, the car kept on winning. Over time, the company ended up focussing on the production of motors and specific accessories, perfecting a small number of processes and becoming the supplier of choice for important brands such as Ferrari.

Alfa Romeo’s strategy was to create autonomous external departments, allowing them to deal with and specialize in specific areas, investing the company’s revenues in R&D, and staying ahead of the competition.

SAPA did the same.

We specialize in the production of specific parts and automate processes so that our plants can make thousands and thousands of components per day.

While the competition was focussed on bigger and more aesthetic parts of the vehicle, trusting external suppliers for the rest of the few components, Alfa Romeo built a number of external production plants, each specializing on a single process.

Back then, the secret was underrated (and for some companies, it still is) and allowed the company to acquire an incredible know-how, and to perform better than most, with lower costs, no waste or design mistakes.

You may be wondering…

“This might have been true in the past. Companies nowadays are able to produce flawlessly all of their components”

Let me clarify: surely the whole business sector has made giant steps in comparison to the last decade.

However, this does not mean that companies are now all on the same level, or have the same know-how. Specializing in specific micro-areas still allows better results with inferior costs.

SAPA, for example, has decided to specialize in the processes and automation of the production of a set number of components.

I’d like to show you how all of this is related to one of the products we make every day in our plants.

Over the years, by investing in R&D and engineering, we managed to create a process that is unique all over the world.

SAPA won a prize at the SPE Automotive TPO Conference 2017 in Detroit for his patents; Only 5 car part makers were selected among 70 firms, known to be the best and most innovative in the world.

It was a great honour for us, several magazines talked about it, among which Quattroruote. 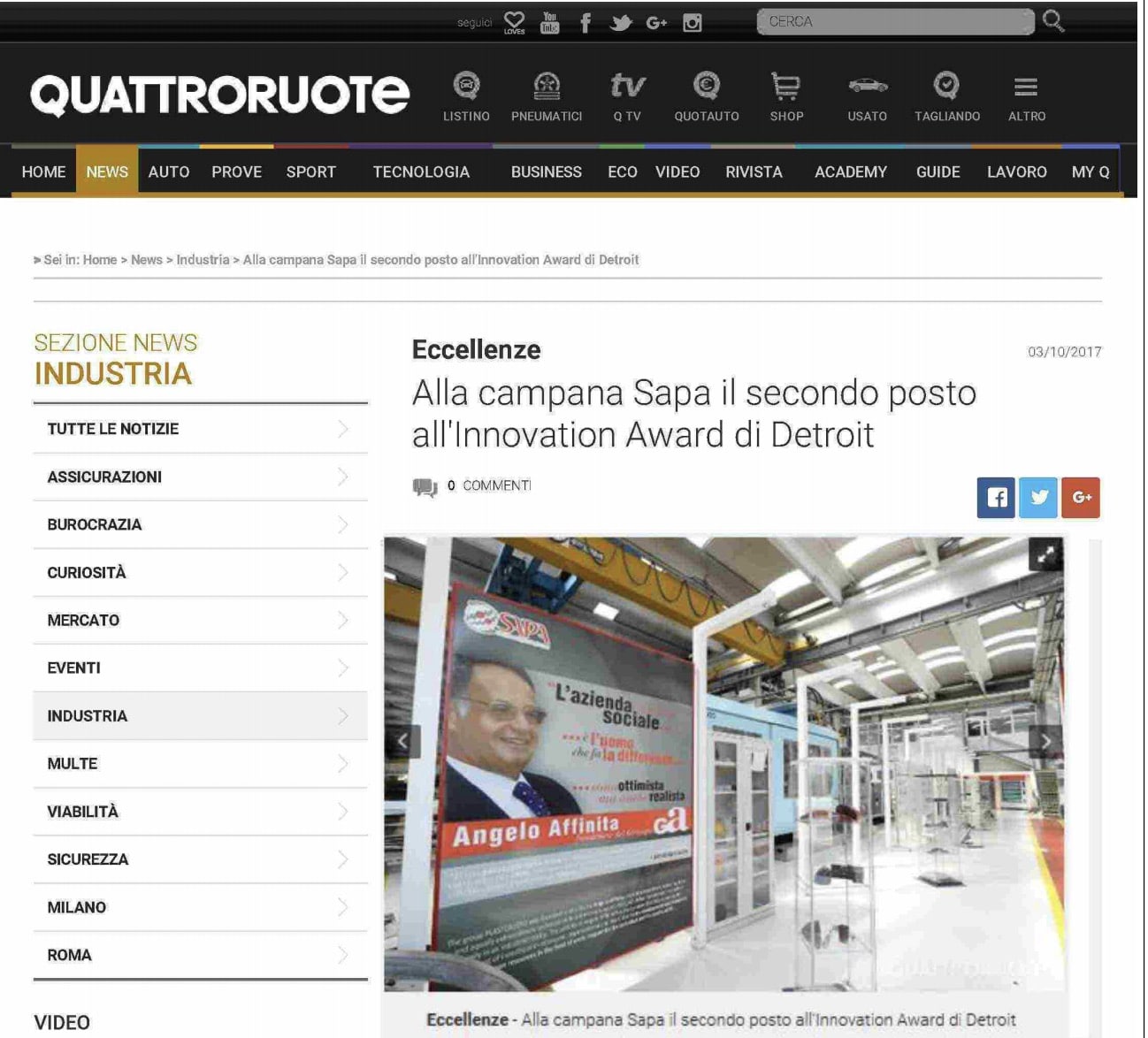 But let’s get back to us.

How did we actually get these results?

To make an example related to Alfa Romeo, let me tell you about the Engine Cover we make for them, and the difference between the current production methodology and SAPA’s one.

How an Engine Beauty Cover is made

Risks: With this kind of procedure, the human phase-by-phase intervention plays a key role. This, according to few figures, is correlated to a significant increase in faulty parts, due to lack of components, erroneous assembly etc.

Single Phase: a single production island designed to make both plastic and foam components. The operator opens the mould and extracts the finished part. All is done in one shot. Human intervention is avoided, thus eliminating any chance of error.

Lower cost for single component: how much could you save on hundreds of them?

This is an example of how research, innovation and a bit of audacity can lead to win important races. SAPA’s objective is to win the race for innovation as Alfa Romeo did it in Formula 1.

To sum it up, we talked about how important it is for a company to invest in innovation, and how applying the same “secrets” that were used years ago to win Formula 1 races is still possible TODAY.

If you’d like to know more about SAPA’s ONE SHOT ™ process and the solutions we are developing for you, contact customercare@sapagroup.it now, a SAPA Genius will get in touch within 24h.

Continuous growth and improvement: who is SAPA’s new Merger & Acquisition Manager? (… and why he is important for you too)News-en

A glance at the innovation that SAPA will present as a world premiere at the IZB Automotive “future fair”: in Germany from16 to 18 October 2018News-en