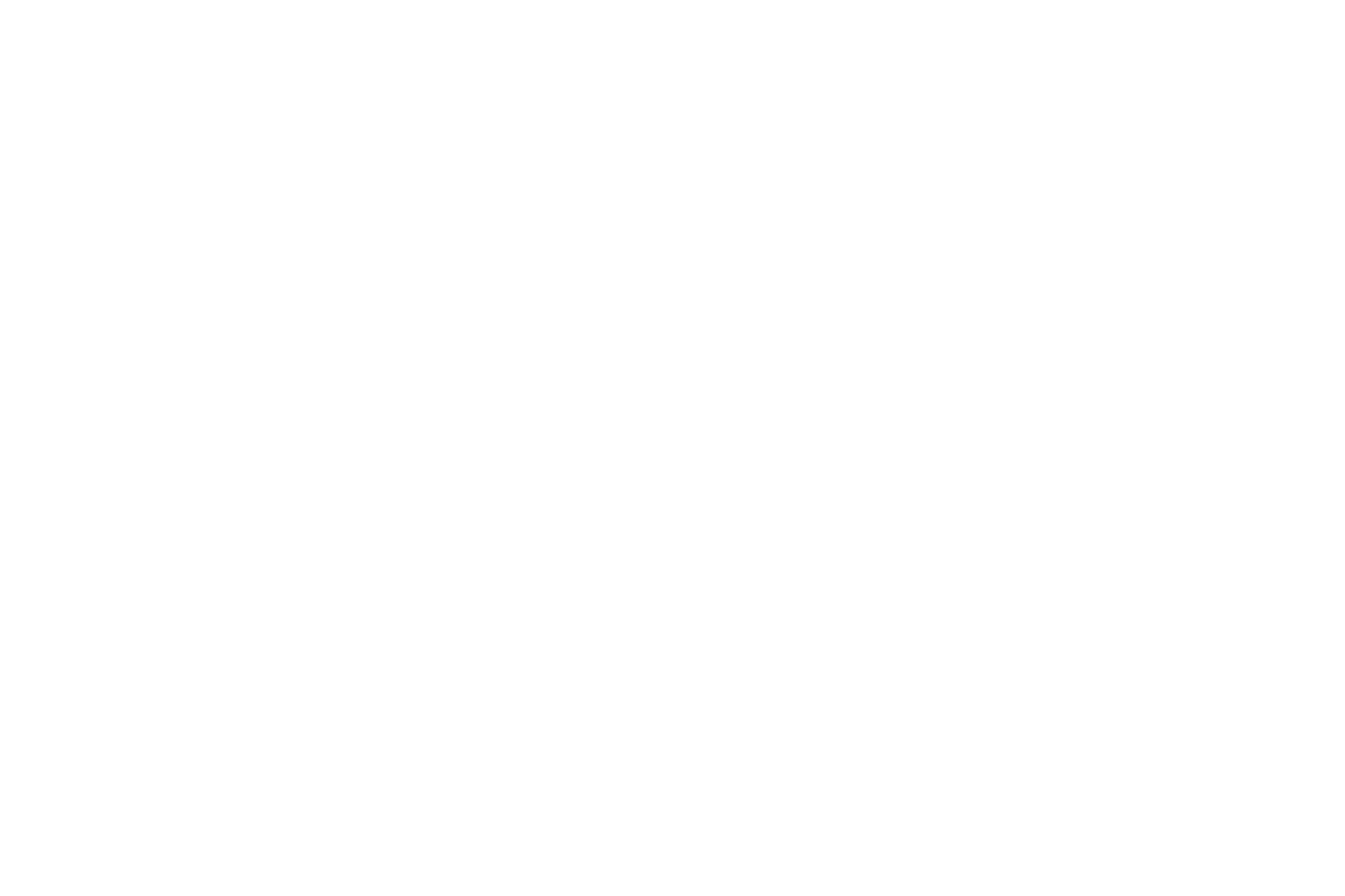 The story of Angelo Affinita – from young, green carpenter to founder of SAPA – how he contributed towards creating the ONE-SHOT® process, since he was a lad

Location: Santa Maria a Vico, a small village in Campania, in the Caserta province.
When? The 60’s.
Key players: Angelo Affinita (my father) and Angelo’s father (my grandfather).
Affinita carpentry. A routine day.

“GET THAT IDEA OUT OF YOUR MIND! Engineers don’t understand anything!”

He had just yelled.

Angelo Affinita was in the family’s window factory.

Two meters from him, his father. Staring at him. His visibly upset face in a grimace of wrath. He had lost his temper.

The night had come after a day of work. The smell of their sweat mingled with that of the worked wood.
It was not pleasant, but their attention was directed towards something else.

They were alone. For a few minutes, a silence louder than the machinery of the workshop kept them company.

Angelo Affinita was very confused, trying to understand which could be the best answer. A thousand thoughts were spinning in his head.
The answer that could convince his father. To change, to improve, to go on. None had the better of.

Angelo rolled his eyes at the exit door, and with slow and trembling steps, walked towards it. He raised his hand on the knob, moved it with the palm, pulled to open the door. And left.

Why Angelo and his father, who always had a good relationship, without any argument, ended up having that heated discussion?

Let’s back up for a second.

If you are reading these lines, you are wondering what does this short story have to do with a company that sells plastic car components. Also, why should be of concern to someone like you, who’s probably an engineer busy designing cars every day?

It’s a legitimate question. However, please, trust me for a few more minutes, and I promise it will be worth it.
To answer the question, I need to get you acquainted with the reason why Angelo’s father had, let’s say it, insulted the engineers’ category.

In that moment, he hated them.

Over the previous months, the Affinita carpentry had gone through a prosperous period. The orders had skyrocketed.

Over the previous months the PRODUCTION orders had become so many that the initial smiles of joy…
…had turned to worries…
…and then into desperation.

How could more orders bring such troubles to the Affinita carpentry and unsettle the relationship between Angelo and his father?
Follow me, I’ll tell you why.

Angelo and his father had two obstacles ahead.

I’d bet these are problems you are familiar with …

ISSUE NUMBER ONE:
or the GRUELING problem of relying on generalist suppliers 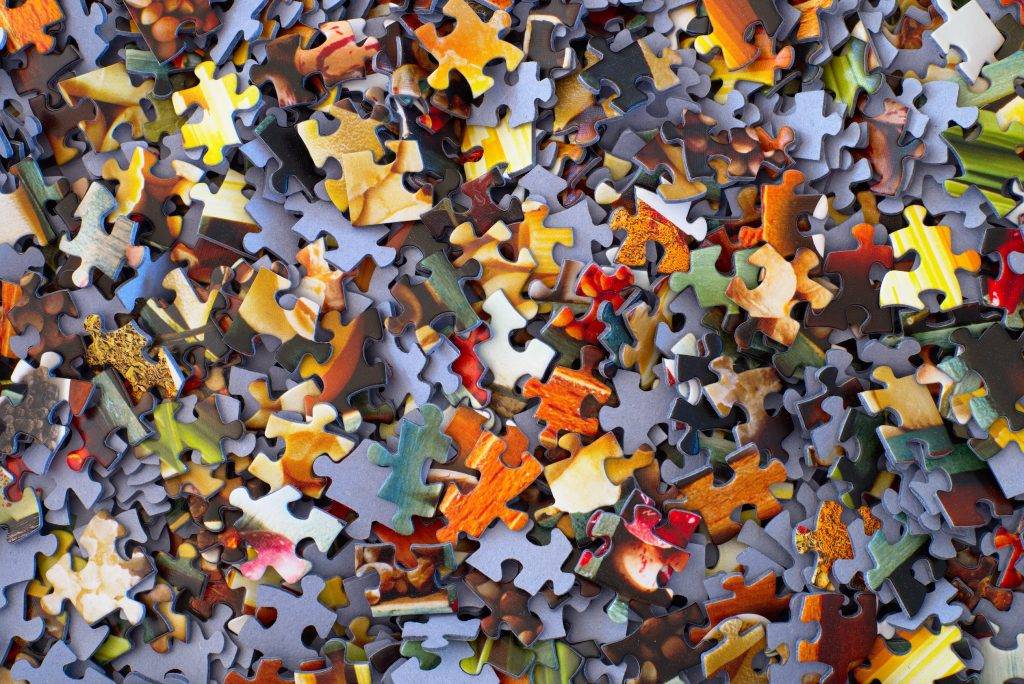 Generalist suppliers? What a puzzle

The explanation, as you can guess, is straightforward: the carpentry was a company like many others.

They produced a service or a product, which was exchanged for money on the market. Clearly, the more work was commissioned to the carpentry, the more products they had to make. But there was an issue.

The joinery has suppliers from which to get supplies, like all companies.

This, for Angelo and his father, meant troubles. Interestingly, carmakers have the same issue today. More contracts meant more orders to the suppliers.

The Affinita joinery obtained supplies by providers who were not specialised in supplying carpentries.

What did this mean? A supplier who sells on several markets doesn’t have the know-how. His machinery and workforce are not optimised for a single sector.

When the demand is high, he needs to concentrate on one deal, as he won’t be able to take on more customers. Therefore, the only thing left to do is to increase the prices.

This would end up eroding the carpentry’s margins, up to the point one could question whether it was useful to have more customers at all.
Many carmakers are facing the same issue today.

Suppliers of plastic components tend to be household appliances producers as well. This means their machinery is NOT specialised in making car plastic parts.

Besides, the staff is not trained for such different sectors. What could this bring? You probably guessed…

This was the issue. Having staff not trained on a single sector inevitably meant delays.
Even a delay of a few days could cause problems.

More requests meant more time to handle, and a slowdown of a few days could end up altering the entire production line.
Therefore, products were delivered with delay.

One big offender causes them.

Issue number two: or the importance of investing in research 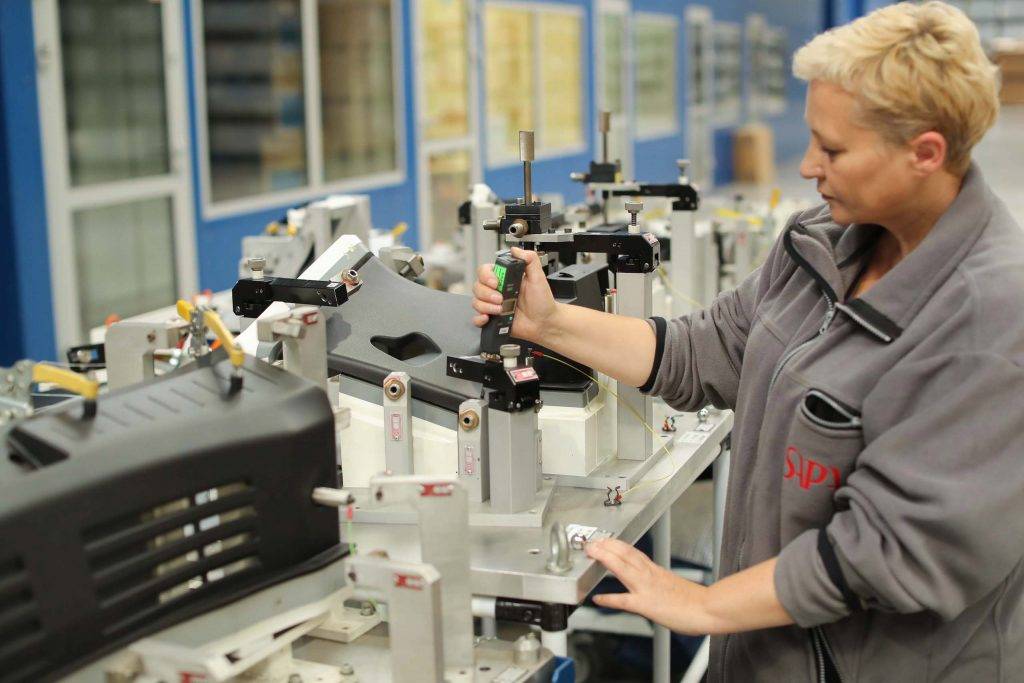 How important is it to invest in research and development? SAPA has dedicated a team: innovation in engineering

The 60’s carried a full economic and industrial awakening. Innovation was exploding even in a small town such as the one Angelo Affinita lived in.
Customers wanted products at the forefront of technology, increased performances and shorter times to market.

The carpentry suppliers were not happy to spend all their money on new technologies.

Research often means investing in something without certain returns. It means taking on risks.

“This engineers’ stuff is useless” this was just the usual thought of the average business owner at that time.
Angelo’s father was among them.

Both of them were highly skilled artisans, almost artists, but unschooled.
Nevertheless, Angelo had an intuition: Innovating was necessary.

Angelo realized that, through an old friend. One of the few that, back then, had decided to keep on studying, choosing the faculty of engineering.
Angelo was an excellent observer. From their conversations, he understood the world was innovating fast and keeping pace was essential.

He decided, without his father knowing, to create a small internal research department, the embryo of what today is SAPA’s “Innovation in Engineering” Team.

The arguments with his father went on for weeks, but Angelo persevered, made windows in series, with the help of his friend and some artisans, and offered them to selected customers.

It was a success: the optimisation of work processes made the production faster and reduced total costs. Word quickly got around.
Customers kept on increasing, and it was now possible to satisfy them all.

From then on, Angelo’s father trusted his son completely, and together they gave life to the innovative philosophy that still characterises SAPA today.
A philosophy that sees in research and process optimisation the pillars of a company.

The results, after years of experimenting, trials and errors, brought to what we call today the “One-Shot® Methodology.”

The new methodology allowed us to be positively recognised worldwide.

An example is the “Super Dashboard” project, made with FCA and Federico II Universities of Naples and Salerno, which was discussed in an article on the main Italian daily business newspaper, Il Sole 24 Ore. 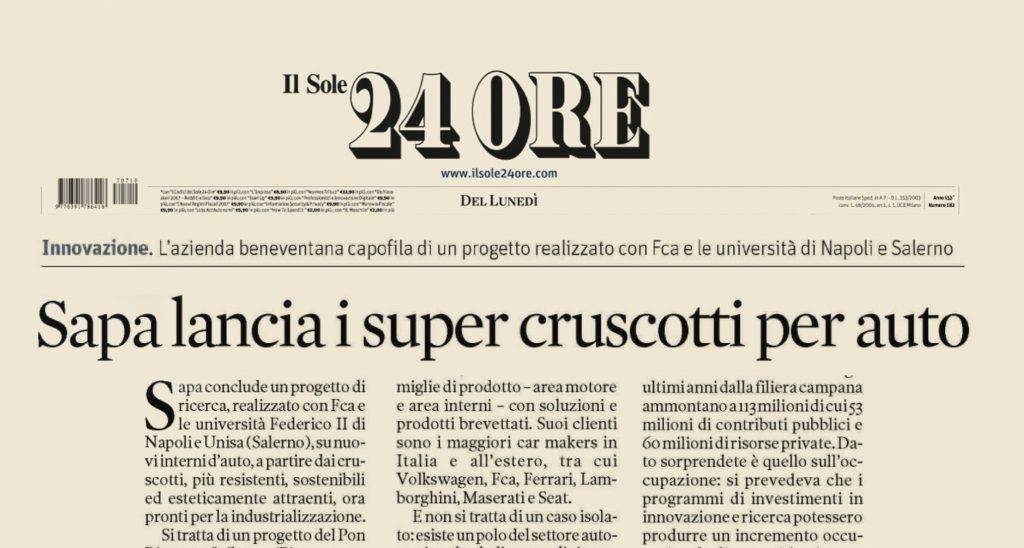 Another example is the prize received by SAPA at the Innovation Award in Detroit, an event created to prize technologies that are making a difference in the automotive sector.

We participated with a new patent, coming in second place among projects presented by 70 companies, shortly after a patent by Ford. Here is one of the articles about it: 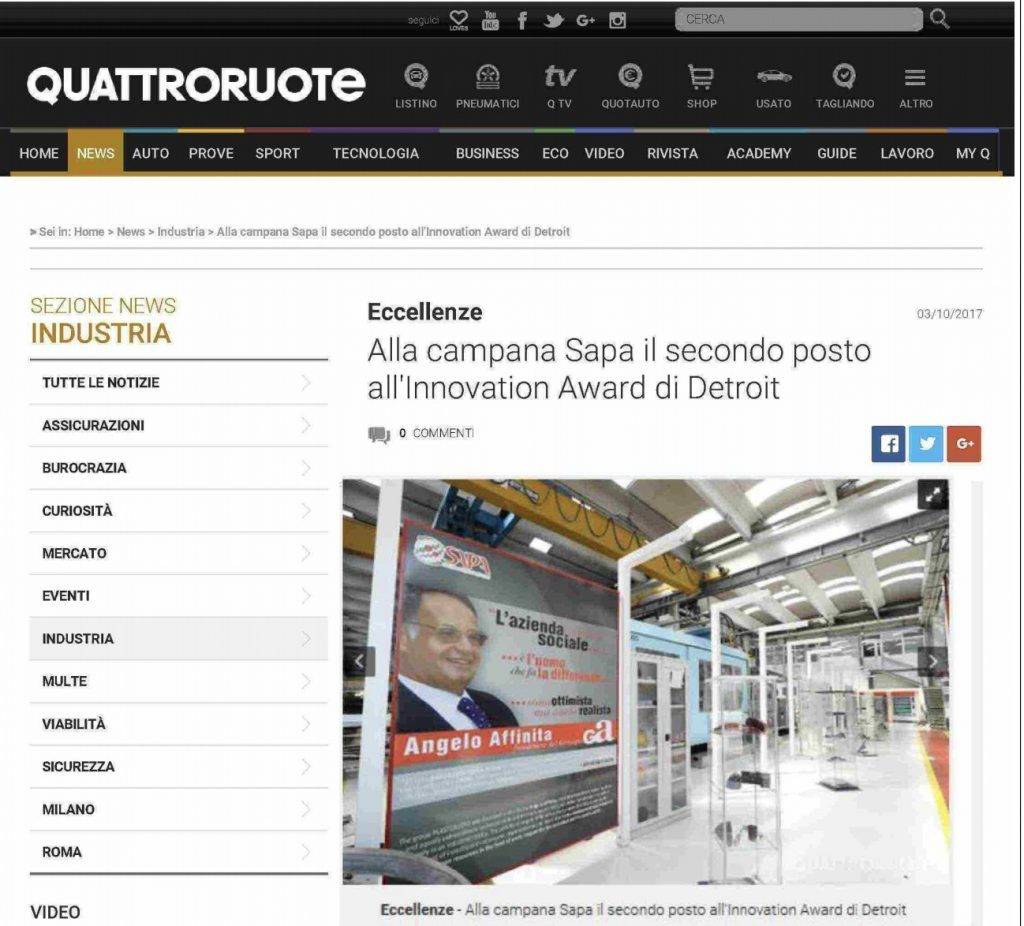 A practical example of how DID we maKE a product with the ONE-SHOT® process? i’ll show you!

We managed to apply the One-Shot® process on a tricky component such as the boot door, by making what we call the One-Shot® Window Frame, reducing production phases, costs of productions and therefore price to market.

We also reduced the weight of the component, an aspect that is becoming increasingly important, due to new stricter regulations aimed at protecting the environment.

The flow of nitrogen injected inside a mould would empty a cylinder with plastic material, which would then be left to cool and harden, according to a thermosetting process.

A cooling process that carries issues of deformation, in particular on rear windows.

Imagine: so much work and effort, only to realize that the component deformations lead to issues of coupling. It’s so frustrating.
Our choice, instead, went in a different direction. We decided to use a thermoplastic cooling process.

I will show you some images where you can see the final result. 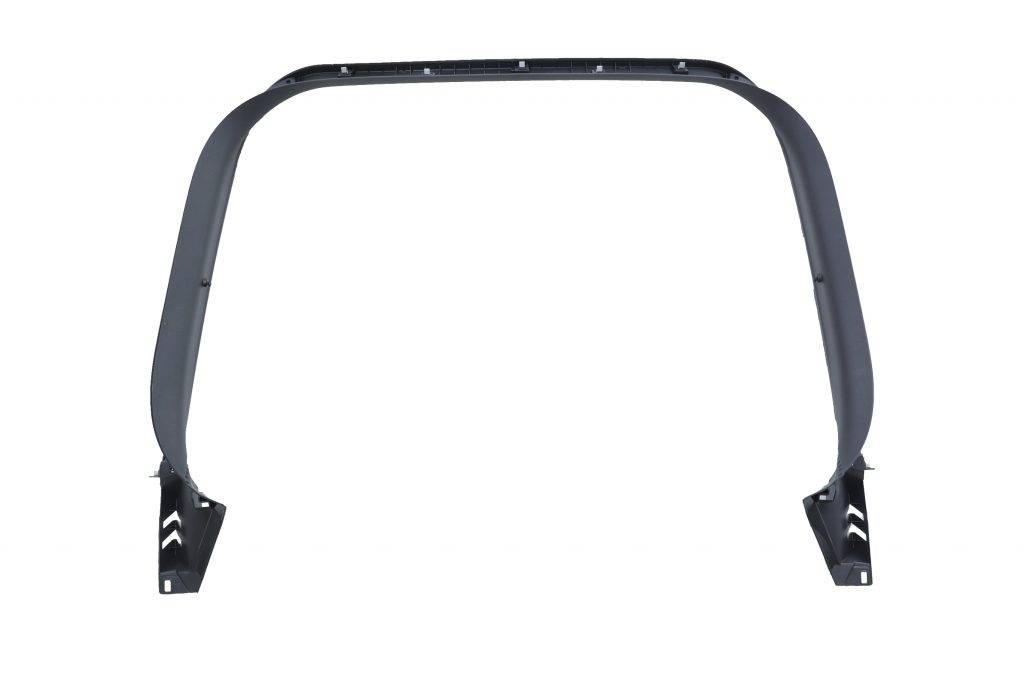 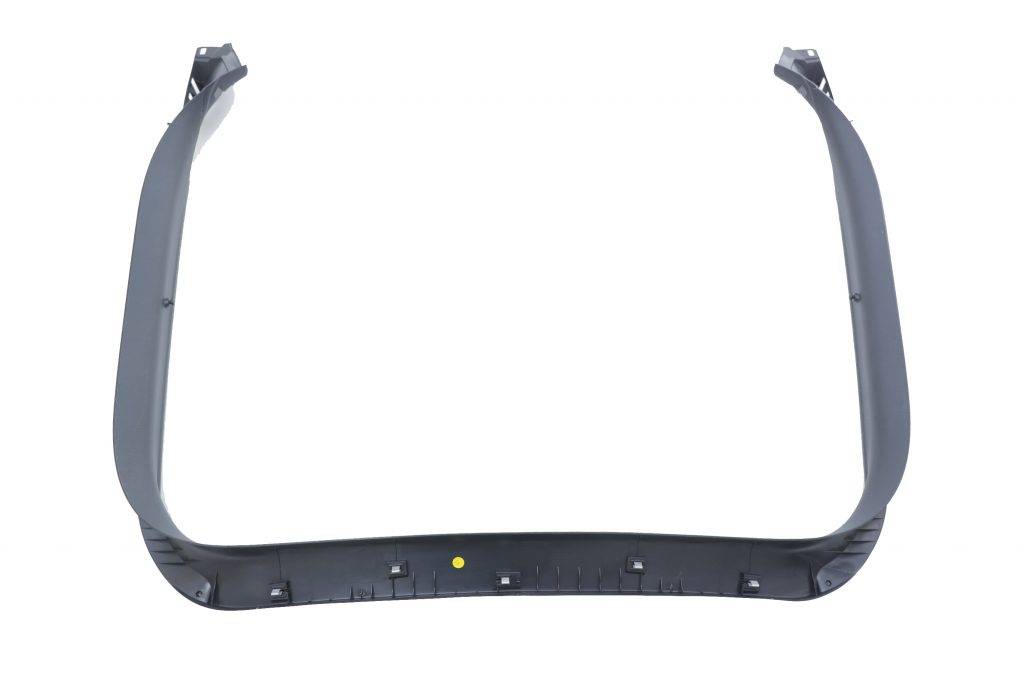 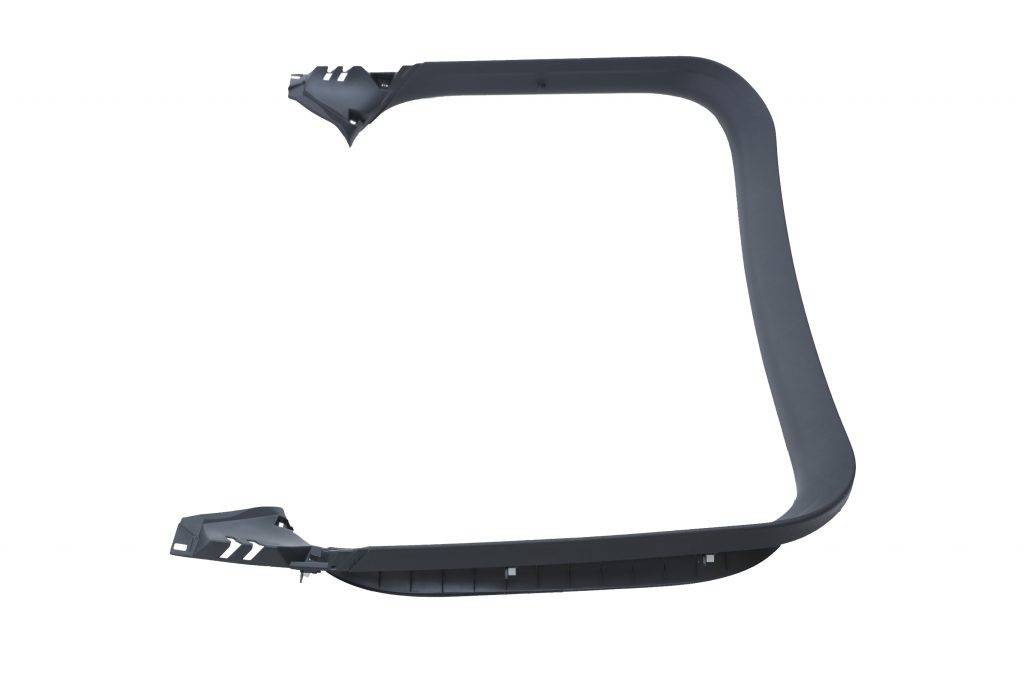 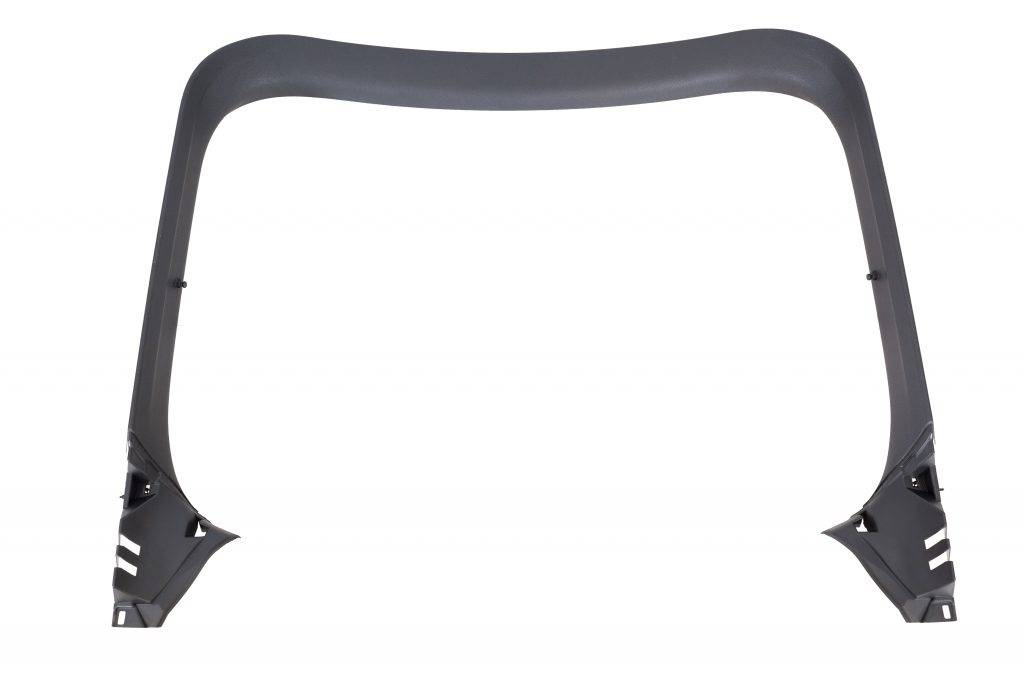 The hole made to let the air flow allows the emptying and cooling of the component, quicker and without deformations.
Our One-Shot Window Frame is an industrialised system which has been already adopted by Volkswagen and enables to get rid of many worries.

THE SOLUTION
As you could see in the pictures, by closing the flow of nitrogen and making a small hole, when the air is let through, it doesn’t end up in the nitrogen control unit, but in the channel, and can get out through the hole.

THE BENEFIT
The inside is cooled by air and not by water. This way, deformations are significantly reduced, close to 1 mm.
Deformations, as you well know, bring unpleasant consequences:

When deformations are below the millimetre, these problems become little, if anything.
The effort of your work from frustration becomes satisfaction. It’s not bad.

Thanks to the genius and intuition of a young, inexperienced carpenter, SAPA managed to become a point of excellence in research and innovation, and make products like the Window Frame.

Research and innovation became the very underpinnings of the company, just as Angelo Affinita dreamed.
Two factors we are putting at your fingertips, for an engineer busy every day designing new cars. And it’s just the start.
Thanks for reading this short story on the origins of the One-Shot® Method.

It was a pleasure sharing it with you.

Giovanni Affinita
Chief Sales Strategist and Board Member of SAPA

IF you wish to know more about the ONE-SHOT method, write to CUSTOMERCARE@SAPAGROUP.IT, a SAPA GENIUS will get back within 24 hours

The strange connection between a young carpenter and the method that is revolutionizing the car components sector…2018-05-142018-05-14https://sapagroup.net/wp-content/uploads/2018/04/sapa-logo.pngSAPA Grouphttps://sapagroup.net/wp-content/uploads/2018/05/lo-strano-legame-fra-un-giovane-falegname-e-il-metodo-che-sta-rivoluzionando-il-settore-dei-componenti-per-auto-sapa-superior-auto-parts-always.jpg200px200px
Recommended Posts 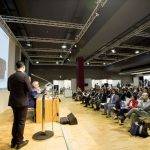 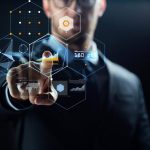 They talk about us: how to face the challenge of innovation, moving beyond the technologies of industry 4.0News-en