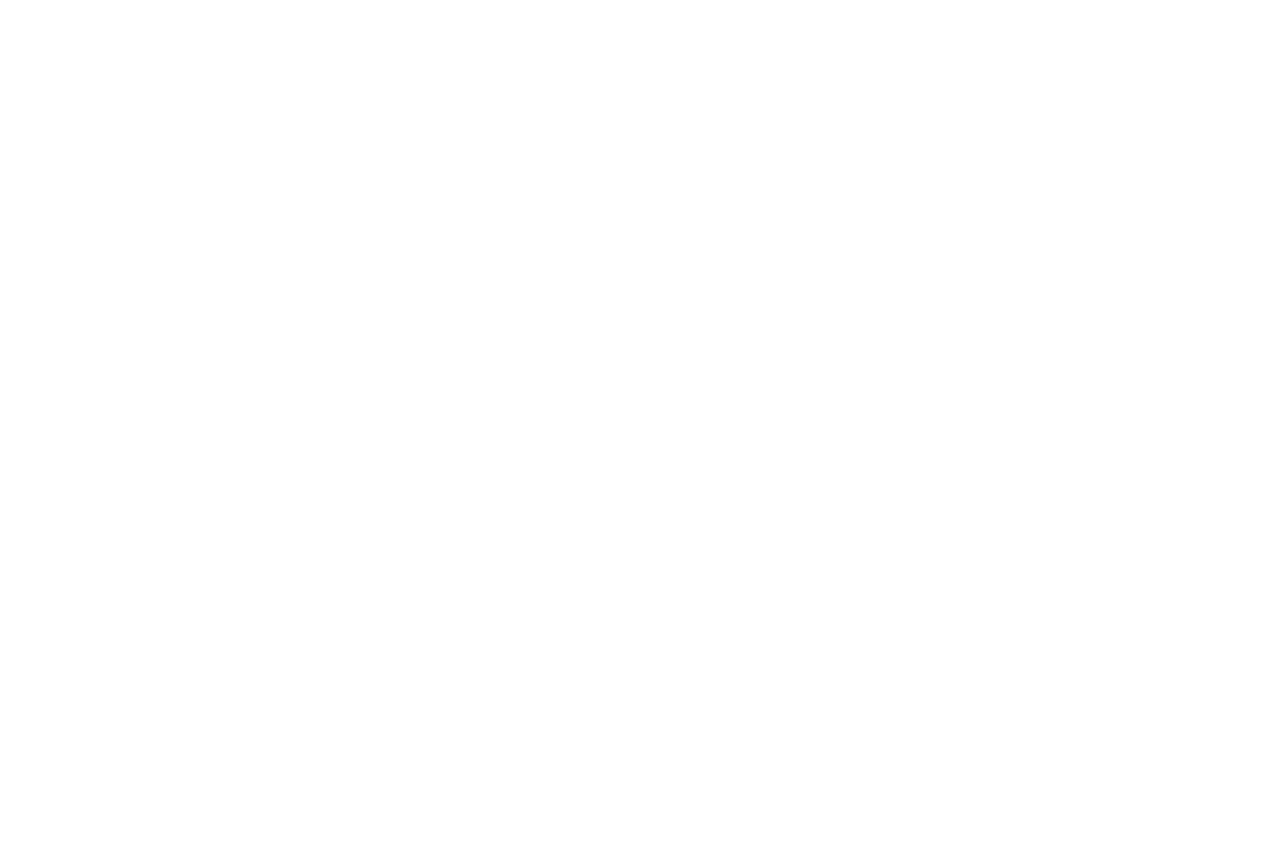 China is preparing to become the world’s largest producer of electric vehicles. Being the world’s largest automotive market, the opportunities are endless and the competition among the big players of the sector is on. Who will the first to adopt the most innovative system for electric cars?

We all have our opinions on electric vehicles.

Is it a bubble with no future? Or a true revolution?

In this particular case, it doesn’t matter. When a giant like China makes a move, you stop and think. What direction is the market moving in? And why? What are the risks? What are the opportunities?

Whether you will choose to drive a Chinese electric car or not, many (very many!) people are ready to do so. And the number will grow.

Intercepting change is part of our job, as you well know. Preparing ourselves is our duty.

To be clear, this is almost 50% more than at the same time last year. 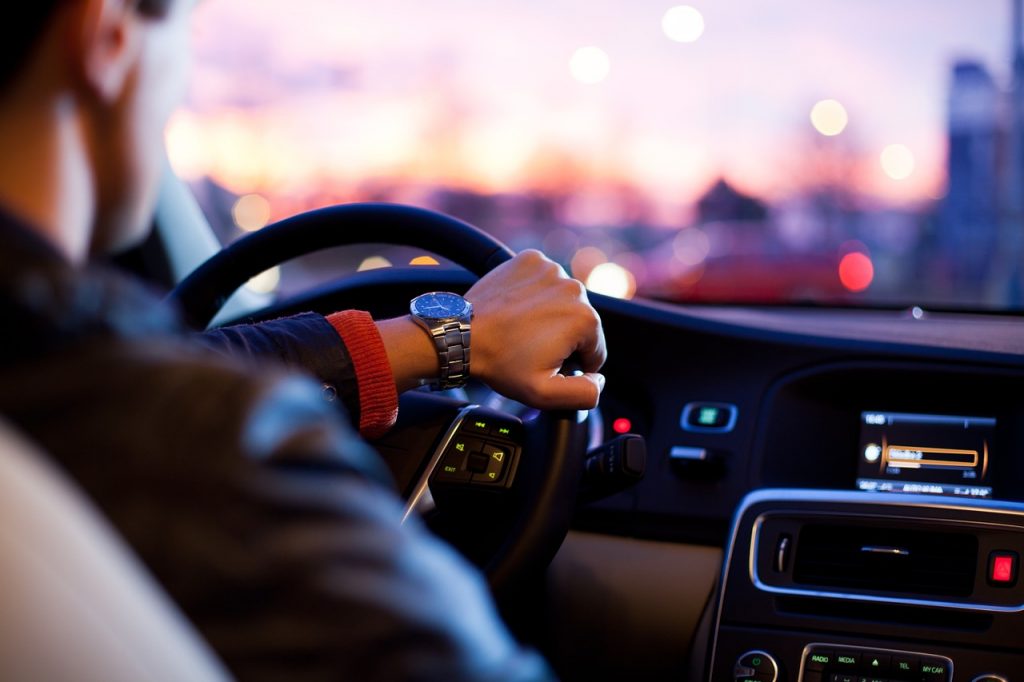 Did the most populous country in the world fall in love with electric mobility?

For over a decade the Chinese government invested in electric vehicles, totalling almost 60 billion Euro being injected into the market: a flood of money.

Generous tax incentives and grants were offered to car makers and consumers, charging facilities were created all over the country and restrictions were applied to the sale and use of combustion engine cars. They undoubtedly prepared very well.

Today, electric vehicles play a role in the daily lives of Chinese people that is unparalleled anywhere else. Have you ever been to Shenzen? There is no better place to actually see this phenomenon.

It is one of the largest technological centres of China, and the only city in the world with 100% electric buses. Additionally, it is one of the first cities that set the objective of replacing petrol taxis with new electric ones.

Coincidence? Not at all! Shenzen is home to BYD, one of the largest manufacturers of electric vehicles in the world.

To sum up, no other country in the world has ever invested so much in, and has as clear, precise and concrete a plan to develop electric mobility.

Why? To clean up the air of its cities, of course. To depend less on oil, which China clearly needs to import.

But also, and mainly, because China is and remains the biggest automotive market in the world.

CHINA: THE OBJECTIVE IS BECOMING THE WORLD LEADER IN ELECTRIC MOBILITY

Well, you may have noticed that there are no made-in-China electric cars on the roads of New York, Tokyo, Frankfurt, Paris, Rome or Seoul. The world’s biggest car manufacturers are elsewhere!

Their position is strong and deep-rooted. Challenging them on their territory would cost a huge amount of time and money. It would be a punt, but with what probability of success?

“Ok, away-games are hard. So let’s play on another ground instead and let’s make it ours”, this is what our Chinese friends must have thought.

It is estimated that by 2025 around 80 Chinese car makers will be playing on the global automotive market and will be producing between 2.5 and 5 million electric cars. 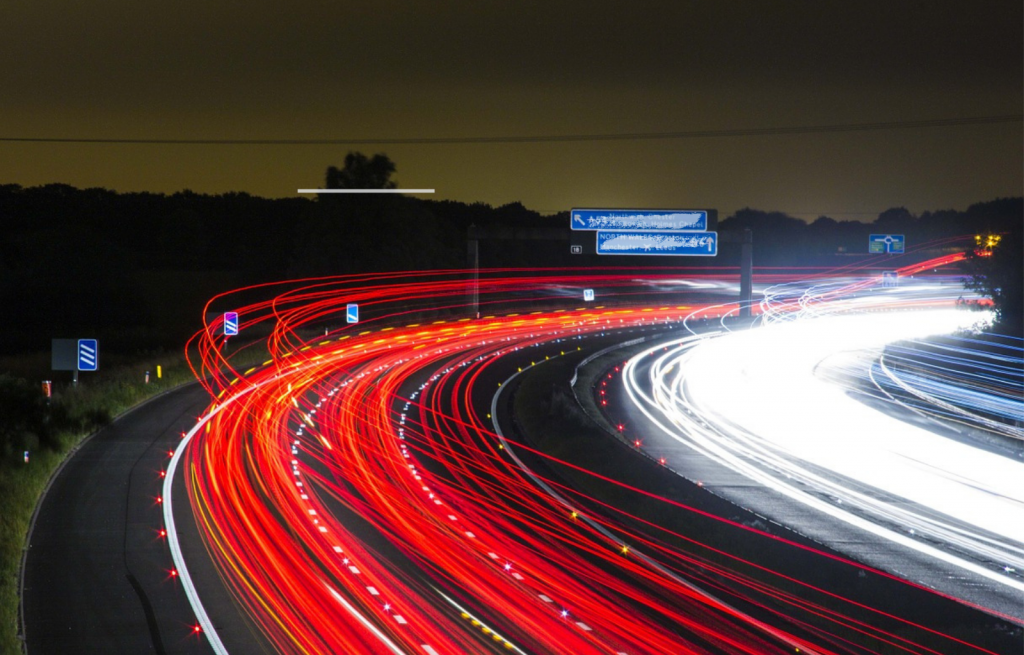 The strategy is clear: working to develop electric cars and be ready for the upcoming revolution.

The end objective is even clearer.

China wants to be the technology leader of a new high-tech sector and overtake the giants of the automotive sector. They want to become the absolute protagonists in a market that up until now they could only dominate within their national borders.

But does this mean that the big Western producers will give in and let China dominate the ground?

Come on, we know the answer. And the giants of the sector are already taking action.

THE GIANTS OF THE AUTOMOTIVE SECTOR SET OUT TO CONQUER CHINA

Competition for this is already on. And it will be fierce. The opportunities that a huge market like the Chinese one offers are immense and to take them you need to meet the needs of a huge market in good time and with quality.

Tesla has already put down roots in China. In 2018, Elon Musk reached an agreement with the government of Shanghai to build a plant capable of producing up to 500,000 vehicles per year and whose building cost is at least 2 billion dollars.

Can you fathom the scope of this investment?

Gigafactory 3 – this is its name, will be operational by the end of the year. It is Tesla’s first production plant in China, and it is also the first electric vehicle manufacturing plant owned entirely by a foreign car maker in China. 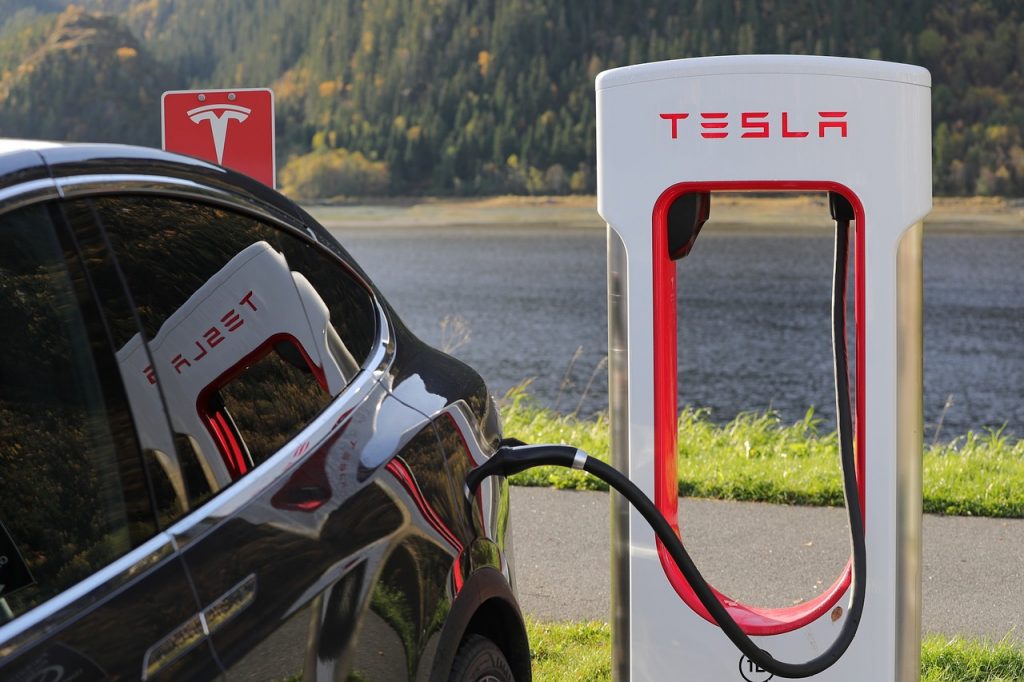 Volkswagen has already taken the first step and announced that they aim at producing 22 million electric cars by 2028, and more than half will be made in China, where they intend to present 14 new electric models by the end of this year.

According to news released last month, Renault agreed a joint venture with the Chinese Jiangling Motors Corporation, with the aim of producing and marketing zero-emission vehicles.

We don’t mean to put ourselves on the same level as these giants, but with great ambition we at SAPA also took on the challenge. Our plant in Shanghai is already operational.

SAPA AND THE ONE-SHOT® METHOD ON THE SILK ROAD

No production relocation is foreseen; on the contrary, our new development will help us conquer the local and nearby markets.

We like to think about it as a further proof of the Italian ability to understand the ongoing changes and sell ourselves abroad. To do so, we have only one recipe, the one that my father passed down to us and that is still the basis of everything we do at SAPA.

We leverage good ideas and make sure that they are in line with the new sector trends.

The new plant in Shanghai will allow SAPA to interface in a more effective, swift and performing way with the local European car makers that have plants in China as well as with oriental car makers, in particular Korean and Japanese ones. 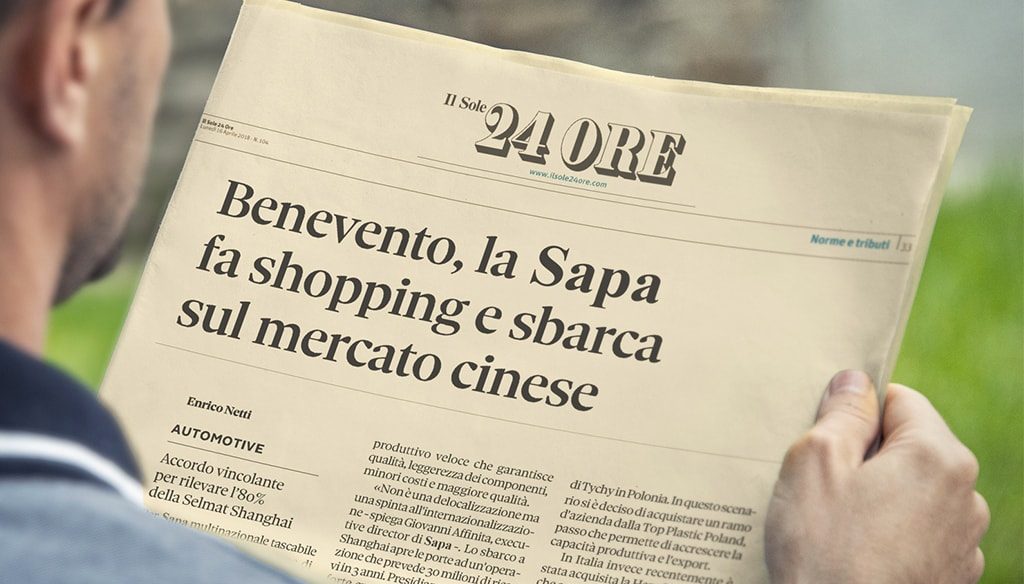 Our objective is to introduce the One-Shot® Method and its peculiar innovations, which are in line with the commercial objectives of the Oriental market.

The latest research carried out by SAPAs Innovation Engineering department goes towards the optimisation of production processes and it also proposes the implementation of new, bio-composite materials that can meet the zero waste requirements of a market that demands more lightweight, less polluting cars.

The whole One-Shot® Method rests on simplifying the production process. And this results in: 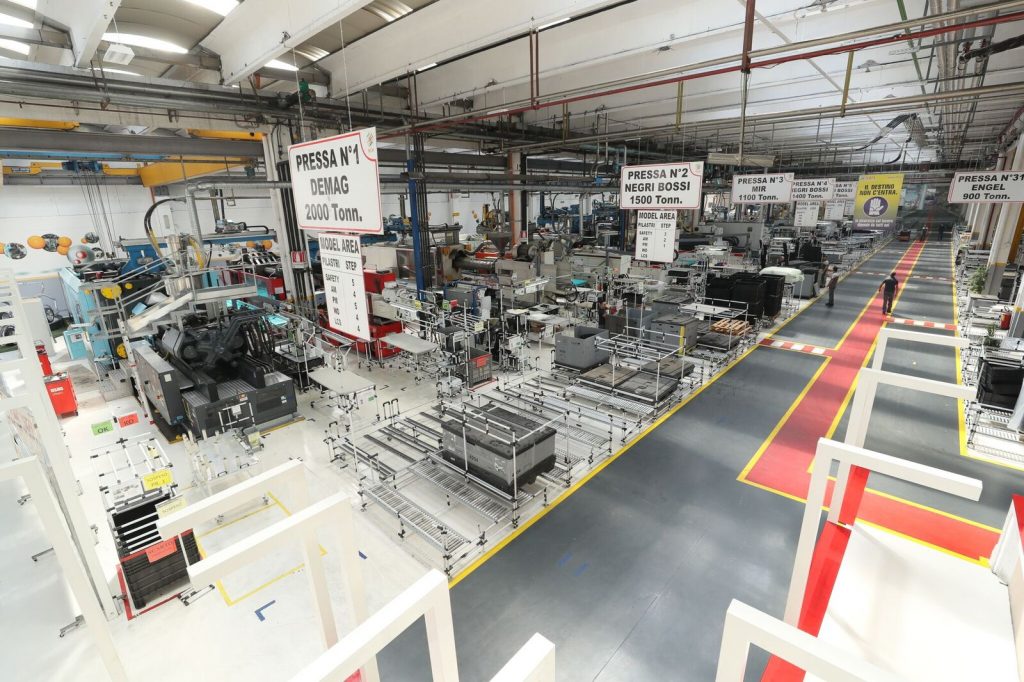 The actual revolution is in the method itself. One-Shot® is not an object but a production method, a style, a way to conceive cars, a philosophy.

Every part can become One-Shot®.

So, who will be the first car maker to own the revolution and use One-Shot® components?

The giants of the automotive sector are taking action, the journey on the silk road has begun and you can bet that this road will soon get very busy.

Please let me give you a piece of advice: start to get going if you don’t want to be late.

IF YOU’D LIKE TO FIND OUT MORE ABOUT THE ONE-SHOT® METHOD AND DISCOVER ITS POSSIBLE APPLICATIONS ON SEVERAL COMPONENTS, PLESE FILL IN THE FORM BELOW

WE’LL GET BACK TO YOU WITHIN 24 HOURS. 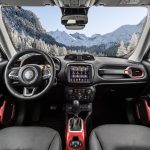 Would you also like to have lighter and safer car parts right from the planning phase?News-en 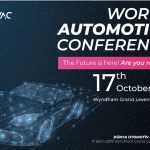 THE FUTURE OF CARS COMES ALIVE AT THE 6TH WORLD AUTOMOTIVE CONFERENCE, SAPA AMONG THE SPEAKERSNews-en